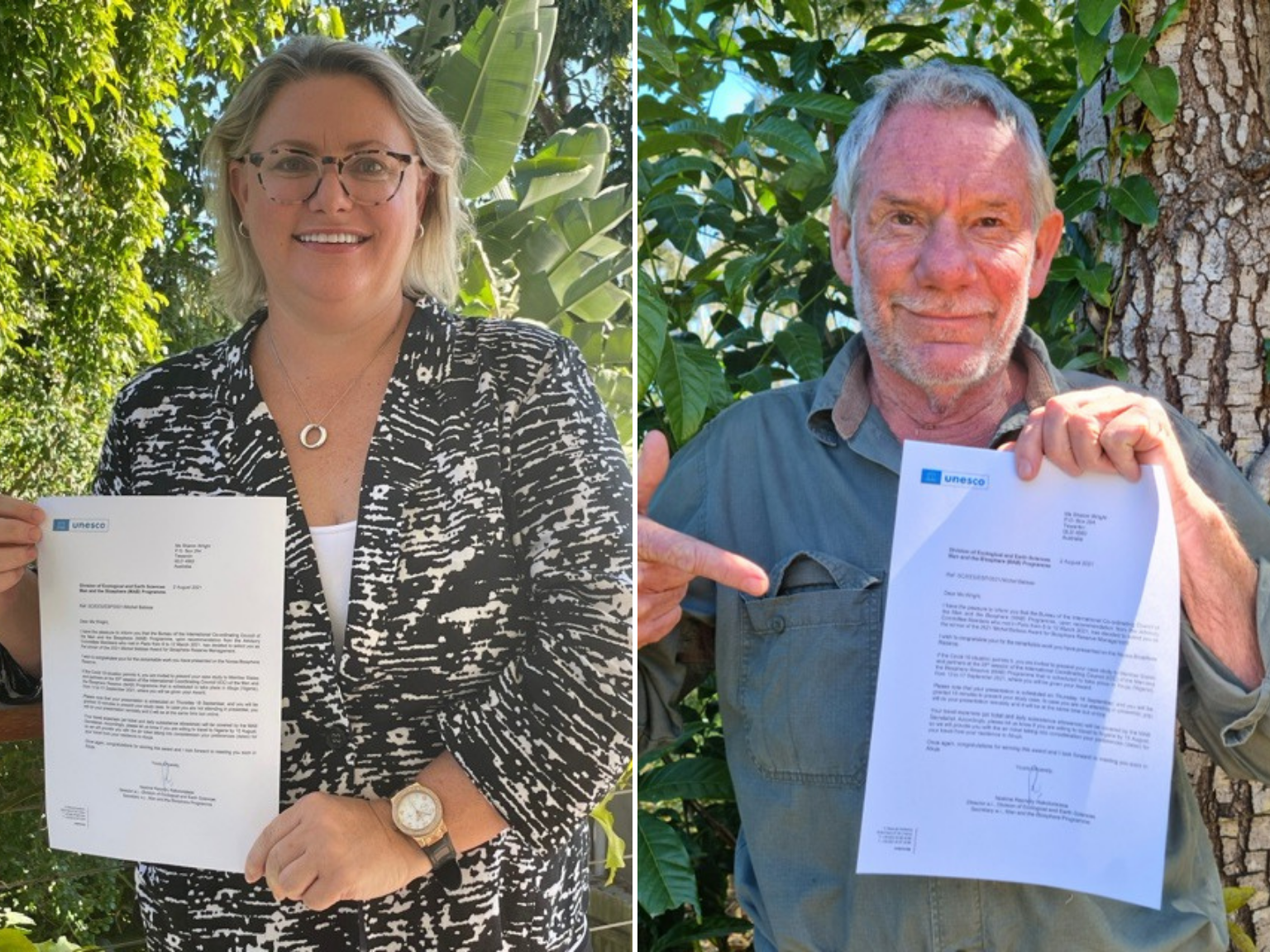 The Noosa Biosphere Reserve has been awarded the coveted UNESCO 2021 Michel Batisse Award for excellence in biosphere reserve management.

Noosa Biosphere Reserve Foundation (NBRF) Executive Coordinator, Sharon Wright prepared the application in January this year, putting forward the Keeping it Kin Kin project as an exemplary case study of people living in harmony with nature. The application was endorsed and submitted to UNESCO by the Australian Man and the Biosphere National Committee.

“We are incredibly proud to have won this international accolade. It is a first for Australia and highlights the Noosa community’s dedication to improving and protecting our natural environment,” Ms Wright said.

“This award is the highest UNESCO accolade for biosphere reserve management and truly represents what makes Noosa special – our people. The award recognises the importance of community groups, governments and individuals working together to find local solutions to the global challenges of sustainable development.”

Keeping it in Kin Kin is an erosion remediation project improving agricultural productivity, waterway health and water quality within the Noosa Catchment.

“It is this multi-stakeholder effort that drives the NBRF to continue to facilitate big ideas for the future protection of our special place.”

“It’s a great achievement. Congratulations to everyone who helped make the Keeping it in Kin Kin project possible, and all of our community groups, their volunteers, and other agencies that readily work together to enhance our environment and make Noosa such a special place to live and visit,” said Mayor Stewart.

Noosa & District Landcare Group General Manager, Phil Moran, says they are very pleased to have played a leading role in this outstanding project.

“The number of partners involved reflects the community and organisational buy-in the project has attracted. We commend and congratulate the Noosa Biosphere Reserve Foundation for supporting the project, and receiving this recognition,” said Mr Moran.

The Foundation will launch its inaugural Noosa Biosphere Awards program this month to celebrate excellence in sustainability as part of the 50th anniversary of the UNESCO Man and the Biosphere Programme. Winners will be recognsied at the Noosa Biosphere Gala on 2 November 2021.